Born in Barcelona, ​​Agatha Pher is part of the new wave of sound on the electronic scene. Fleeing stereotypes and pre-established norms, the DJ and producer has been interrupted in clubs around the world. Amnesia Ibiza, Folklor Suiza ,, Promise Canada, Florida 135 Spain, DGTL Barcelona, ​​Café del Mar Thailand, Club Octava Colombia or Rhodesia Mexico already know how this figure of electronics is spent.

Agatha Pher begins her musical career in 2010. From its beginnings to the present, it has shared a stand with great artists such as Âme, Blond: ish, Black Madonna and Acid Pauli.

In 2014, she began to develop her facet as a music producer, refining her sound until she achieved the characteristic expression of sharing a journey between melodies and harmonies. 2018 represents a milestone in his career with the release of his remix "Deep Moan" for well-known artist Giorgia Angiuli. In 2019 it stands out with "Skinthings ep" released by the famous record label "Seven Villas" and remixed by the Argentine artist Facundo Mohrr. In 2020 he published "Unmute" by Kindisch, sublabel of Get Physical with a remix by producer Pablo Bolivar and highlighting "unmute" in the top 40 of Deep House on Beatport. 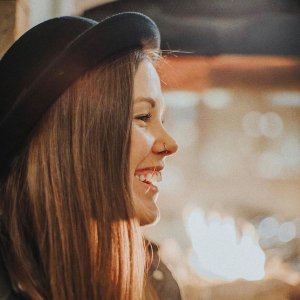