Hicky & Kalo are a DJ and Producer duo born and raised in Montreal, Canada. Having shot into the spotlight as the driving force behind a widely renowned Salon Daome residency, they have gone on to craft a stellar reputation for their inimitable edge, commitment to the scene and penchant for deep melodic grooves. The young pair, founders of budding imprint Plaisirs Sonores Records, are now firmly placed among the Montreal vanguard in dictating the current sound of city’s underground.ast 4 years. You can feel and hear their passion in every tracks they produced and every mixes they recorded.

They have a monthly night at Salon Daomé where they have been playing with artists such as Forrest, Clarian, Paolo Rocco and many others. They also played alongside big names such as Fritz Kalkbrenner, Sebastien Leger, Anna, Kenny Glasgow, Tim Green, Catz 'n Dogz, Darius Syrossian, Super Flu and Gardens Of God.

They took part many times in multiple musical festivals such as Piknic Électronic, AIM Festival and Ancient Future to name a few. 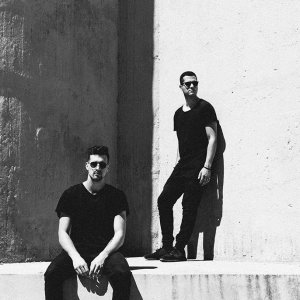