John Cosani, electronic music DJ and producer, was born in 1988 in Buenos Aires, Argentina. From an early age, his interest in music became evident, getting even stronger with time.

At the age of 12 he began his musical studies with piano lessons and later on, when he discovered house music, he fell in love with its eclectic and enveloping sound. At 16 years old, he began playing in small parties, setting a start point for his passion and his imminent career as a DJ.

His sound has been influenced by great artists such as Hernan Cattaneo, Nick Warren, John Digweed, Sasha, Danny Howells and many other scene exponents, also obtaining in his role as a producer, the support of many of them.

Among the labels on which his music was published, we find Sudbeat (Argentina), Movement Recording (Greece), Asymmetric (Tel Aviv), Baroque Records (UK) and Sound Avenue (Belgium), among others.

He managed to take his music to some of the main scenes of electronic music in the world, performing in countries such as Germany, Holland, Greece, Romania, Spain and Thailand. Having shared booth nationally and internationally with great artists such as Deep Mariano, Martin Garcia, Marcelo Vasami, Pole Folder, Mariano Mellino, Graziano Raffa, Silicone Soul, Darin Epsilon, Lonya and Facu Mohrr.

John Cosani’s radio show, CUBIK, is broadcast on Proton Radio on the fourth Tuesday of each month at 10.00 AM EST. 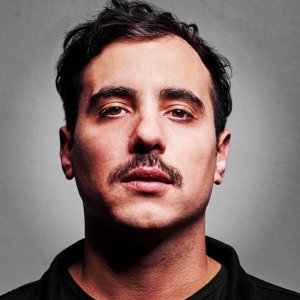