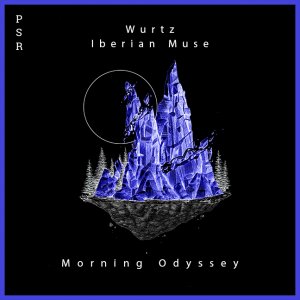 The next release coming on Hicky & Kalo's label Plaisirs Sonores Records is from rising duo Wurtz & Iberian Muse. The two talented Italians producers delight us with a superb, memorable melodic cut in signature style. Their music has been played a lot recently by Tale Of Us and Fideles. They recently released music on Ritter Butzke Music and Running Clouds.

On the remix side, German Julian Wassermann recreates the melody with new sounds and smoother the remix into a cinematic story. The Munich based producer is currently one of the most respected within the melodic house and deep techno. As a resident DJ at Harry Klein, Munich and numerous appearances in clubs like Watergate, Beliin and festivals like Pleinvress, Amsterdam, Wasserman stayed in people's memories for his energetic sets.